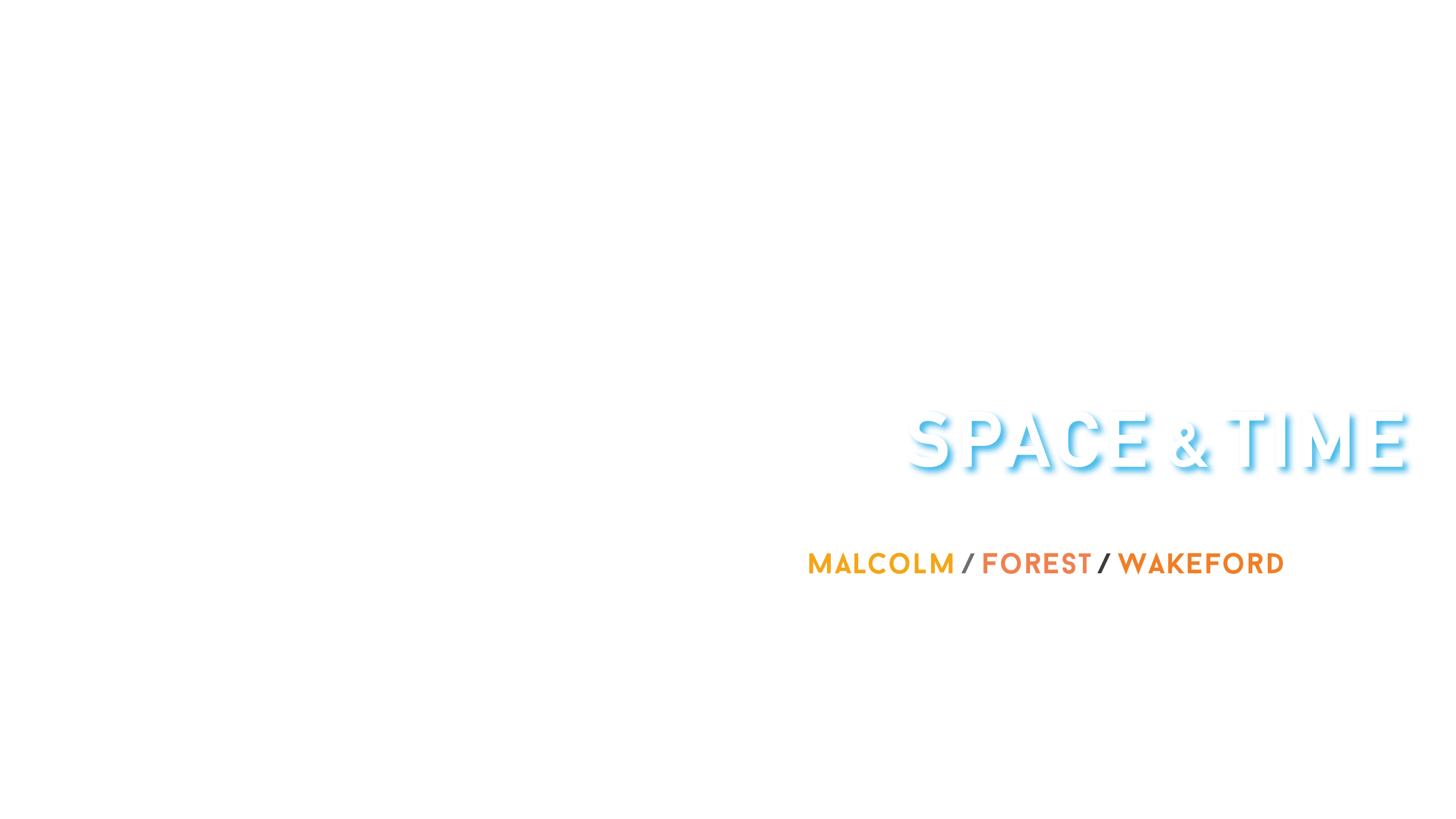 All music and lyrics by Malcolm Wakeford.

All vocals, instruments and arrangements by Malcolm Wakeford except for the following guest artists:

Space & Time was recorded, mixed and produced by Malcolm Wakeford at B49 Sound Studio in Sydney, Australia
and mastered by Greg Calbi at Sterling Sound, New Jersey. The vinyl was pressed at Record Technology Incorporated, Camarillo.

Malcolm Forest Wakeford is a composer, multi instrumentalist, singer, producer and music educator. Originally from London, he is now based in Sydney, Australia.

Space & Time is his debut solo album, an eclectic combination of pop and rock songs with socially relevant themes. The songs are characterised by strong grooves, bittersweet melodies and a sense of optimism.

After nearly two decades touring with artists including Albert Lee, Dr John and Little River Band, Malcolm was inspired to record his own material, songs exploring the universal sentiments of love, longing and a desire for freedom.

As a drummer playing all styles of music from rock, country, jazz, funk to soul and hip hop, Malcolm’s understanding of rhythm is displayed in his percussion and bass playing. His ability to play guitar and keyboards developed between touring and recording with artists such as John Farnham, Jackie Orszaczky, Tommy Emmanuel and Vince Gill as well as with his own bands.

His interest in recording began while working in a radio station control room, followed by time spent in studios as a session musician and later producer. Early experiments with analogue synthesisers, loops and sequencing led to selective use of sampled drums and electronic sounds in some of his compositions.

Malcolm’s distinctive style evolved from combining retro grooves with contemporary sounds and production techniques. Each track has a unique atmosphere.

Space & Time was recorded at B49 Sound Studio in Sydney and mastered by Greg Calbi at the prestigious Sterling Sound in New Jersey. Malcolm performs acoustically and with his backing band.

Contact Seveneight Productions – for all bookings, licensing and management enquiries.

Greg Calbi and everyone at Sterling Sound, Katie Christie @ Radiate for art direction and graphic design, Tony Mott, rock photographer extraordinaire and Dan Coe and The Creative Corporation for this website. Special thank you to our LA representative David Lewis and to the team at Seveneight Productions.

My appreciation to Theresa Amelio at Record Technology Inc and Jerry Zinn at Stoughton Printing and to Implant Media.

Ooops, no player here yet!